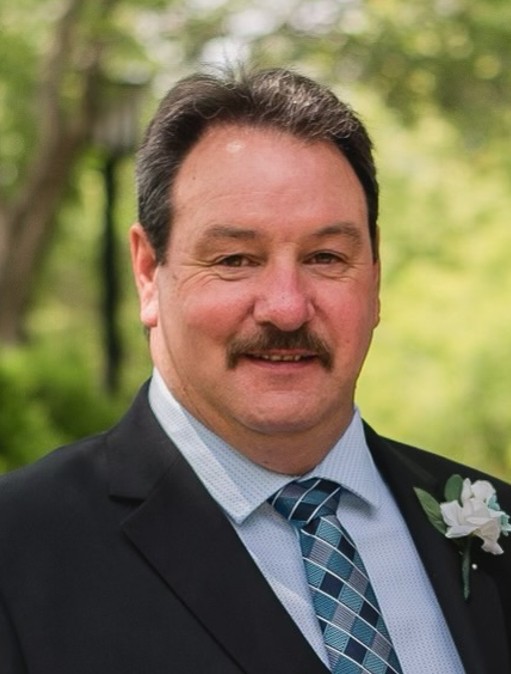 Please share a memory of Eric to include in a keepsake book for family and friends.
View Tribute Book

It is with profound sorrow that we announce the very unexpected death of our dear husband, father, grandfather, Eric John Neufeldt, aged 59 from Laird, SK.

Eric was born April 28,1963 at Royal University Hospital to Rupert Erich Neufeldt and Janice Olive (nee Cromartie). In 1968, the family moved to the Neufeldt family farm near Laird where Eric’s love of farming grew by the minute. Eric decided a trade was for him, had the opportunity, and began training to be an electrician. He met and married the love of his life, Corinne Sick, and they married on July 5, 1986.  Due to the very sudden death of his dad, Rupert, in October of 1986, Eric moved to the farm with his mom to begin apprenticing in the farm world. He was happiest on a tractor on the field!

In 1987, Eric and Corinne began their farming attempt. The first year was drought and anxiety-filled. They welcomed their first of three sons, Matthew Rupert on October 8, 1987, just as the combine got put away for the season! A second son, Brett William, was born July 12, 1990 and a third, Justin Albert, on October 25, 1992. The next number of years were spent trying to keep the small Stillhope Farm afloat. Unfortunately, a very tough decision came in 1996 to cease farming. Eric had already received his automotive mechanic certificate through self-employment in the shop on the yard, but a call came just at the right time from his father-in-law that if he wanted it, a job would be waiting for him at Kramer Tractor in Saskatoon. Being a heavy-duty mechanic became his career and a passion for him. He was a Caterpillar man at heart! The opportunity to fly in and out at Rabbit Lake Mine for Cameco appealed to him, and he continued to work there right up until the time of his death. He was still able to be active in the farming world, though, because his cousin, John (and later John’s son David), gave him the opportunity to operate the tractor/seeder in Spring and the combine in Fall. He loved working with them!

Eric leaves to mourn his wife of 36 years, Corinne, and his three sons Matthew (Jessica Beuker), Brett (Julia) and Owen, and Justin (Catlin Holmes). He also leaves to mourn his siblings: Barbara Neufeldt-Warkentin, Tim (Deanne) Neufeldt, and Linda (Ted) Knight and his chosen family:  his father-in-law, Clarence Sick, brother-in-law Gordon (Mary Lou) Sick and sister-in-law Gwen (Roger) Bradley and many nieces and nephews. He was predeceased by his father Rupert, his mother Janice, and his mother-in-law Christabelle Sick and many other relatives.

The Service will be recorded and the recording link to watch will be posted on his obituary page by Saturday evening.

In lieu of flowers, memorial donations may be made 'in memory of Eric' to the Heart and Stroke Foundation, 2300 Yonge Street, Suite 1300, Toronto, ON M4P 1E4

Share Your Memory of
Eric
Upload Your Memory View All Memories
Be the first to upload a memory!
Share A Memory