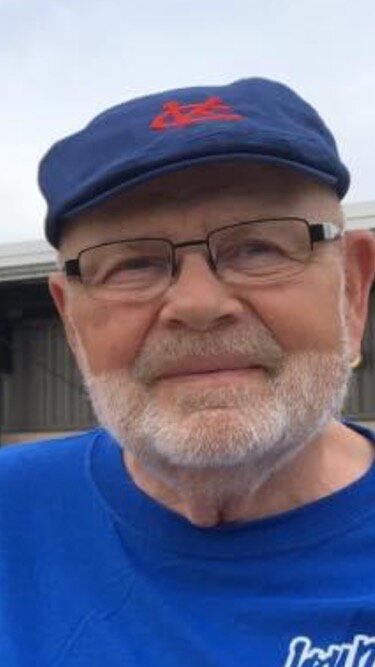 Otto Leiber Lehmann was born July 24, 1944, at the home of Midwife, Miss Heinrichs, in the town of Rosthern.  His parents, Herb and Erna Lehmann, chose his mother’s maiden name, Leiber, as his second name.

Otto grew up on the family farm at NW 14-43A-03-W3rd. With 5 siblings there were plenty activities to keep one busy.  It might be a lively game of hockey on the homemade rink or a game of 20 questions in the kitchen.

In 1951 Otto started school at Elberfeld School No. 1279. For grades 9-12 he attended Rosthern High School.  In 1964, he began studies at the University of Saskatchewan, graduating with distinction with a Bachelor of Science in Pharmacy in 1968. Then Otto worked for a time at the Rosthern Pharmacy with Peter Pereverzoff.  1969, October saw him move to Willowdale, Ontario to practise Pharmacy at North York Branson Hospital. Here he met a red-headed nurse named Sharon Longard.  In March 1970 they were engaged and married September 13, 1970.

Otto and Sharon left Ontario in the fall of 1971, and spent one year in Lloydminster, where he was chief and only pharmacist at the hospital.  They returned to Willowdale in the fall of 1972.  There Otto worked at Scarborough General Hospital for several years and returned to North York Branson Hospital for 2 years. By this time the family had increased with the birth of 3 sons, Johannes Andreas (1973), Karl Otto (1975), and Adam Aleksandr (1977).  As a family of 5 they moved back to Rosthern where they purchased 79 acres and had a few animals.  In 1992 they bought the Duck Lake Pharmacy (Carlton Trail) which they operated for 20 years.

Otto had a real passion for baseball and football, and he travelled various times to the USA for baseball or football games.  He even flew to London, England for a football game.  He was like a walking encyclopedia of sports facts.  His love for travel took him to Europe on 3 occasions.  Otto also went to the Dominican Republic twice on Mission Trips.

Otto, age 77, passed to his rest at his home with Sharon by his side on Friday, March 11, 2022.  He was predeceased by his parents, Herb and Erna Lehmann.  He is lovingly survived by his: wife, Sharon; sons, Andy, Karl (Shauna), Adam (Stephanie Gaudet) and grandchildren Hadrian and Lucie; brothers Gus (Lea), Erwin (Linda), Paul (DonnaLee); sisters, Hilde (Albert) Tataryn, Elsie; numerous nieces, nephews, and friends.

Otto is now at rest until Jesus calls him on the Resurrection Morning.

(MASKS AT THE FUNERAL ARE RECOMMENDED, BUT ARE ALSO OPTIONAL)

The live stream link of the service will be available on Rosthern SDA Church Facebook Page and a link to the facebook page will be on www.funksfuneralhome.ca on Otto’s obituary page.

In lieu of flowers, memorial donations may be made to Negro Leagues Baseball Museum, 1616 East 18th Street, Kansas City, MO 64018.

To send flowers to the family or plant a tree in memory of Otto Lehmann, please visit Tribute Store
Tuesday
15
March

A Come and Go Viewing and Visitation

In lieu of flowers, memorial donations may be made to Negro Leagues Baseball Museum, 1616 East 18th Street, Kansas City, MO 64018. Also no viewing will be held at church, the only viewing will be at the funeral home Tuesday evening, March 15 at 7:00 P.M.

Share Your Memory of
Otto
Upload Your Memory View All Memories
Be the first to upload a memory!
Share A Memory
Send Flowers