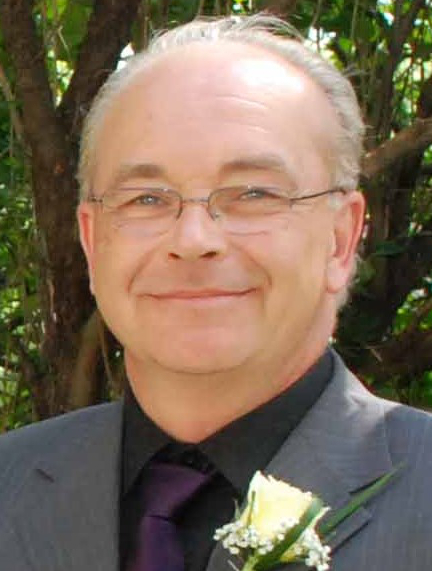 Please share a memory of Glenn to include in a keepsake book for family and friends.
View Tribute Book

The family is saddened by the sudden passing of Glenn Wiebe of Neuanlage on November 4, 2022. Glenn is survived by his two sons Brett Wiebe and Justin (Rolanda) Wiebe. His sister Renee (Vonn) Titus, his aunt Tina Wiebe, his fur babies, and many extended family members. He was predeceased by his parents Jake and Renate Wiebe.

He was born and raised in Rosthern, SK. Growing up he loved playing hockey and spending his summers at Kinasao, with his parents, sister, grandparents Irene and Reverend Fred Wolfgang Tillmanns, as well as many cousins, aunts, and uncles. His love for the lake carried on throughout his life; he spent all his summer holidays at the lake and had one day hoped to retire there (Wakaw) where he had built a cabin with his two sons.

In his teen years, his hockey career fell by the wayside as he developed a love and interest for cars and girls. As the story goes there is a quote in one of his high school yearbooks that he would have driven his car through the front door of the school if he could; even though he lived two blocks away. He passed his love of cars on to his two sons, and they spent many lakeside days sharing car ads in hopes of going car shopping.

After high school, he moved to Saskatoon to attend Business College. This led him to his 30 plus year career in the trucking industry. Over his career, he made many lifelong friends. None of this was more evident than the last few years he spent at RDK Transportation where he had a close work family. In speaking with his colleagues, he will be missed most for his knowledge of the industry, his sense of humor, strong food opinions, and grammar policing.

Although he will be missed by many, we will all cherish the time we had with him.

There is no service at this time; an announcement will be made in the upcoming months for a celebration of his life. In lieu of flowers, donations can be made to the Heart and Stroke Foundation, Box 2414, Toronto, ON M4P 1E4 or go to the link on the left side of this page.

To send flowers to the family or plant a tree in memory of Glenn Wiebe, please visit Tribute Store
Online Memory & Photo Sharing Event
Online Event
About this Event

Look inside to read what others have shared
Family and friends are coming together online to create a special keepsake. Every memory left on the online obituary will be automatically included in this book.
View Tribute Book
Services for Glenn Wiebe
There are no events scheduled. You can still show your support by sending flowers directly to the family, or planting a memorial tree in memory of Glenn Wiebe.
Visit the Tribute Store

Share Your Memory of
Glenn
Upload Your Memory View All Memories
Be the first to upload a memory!
Share A Memory
Send Flowers