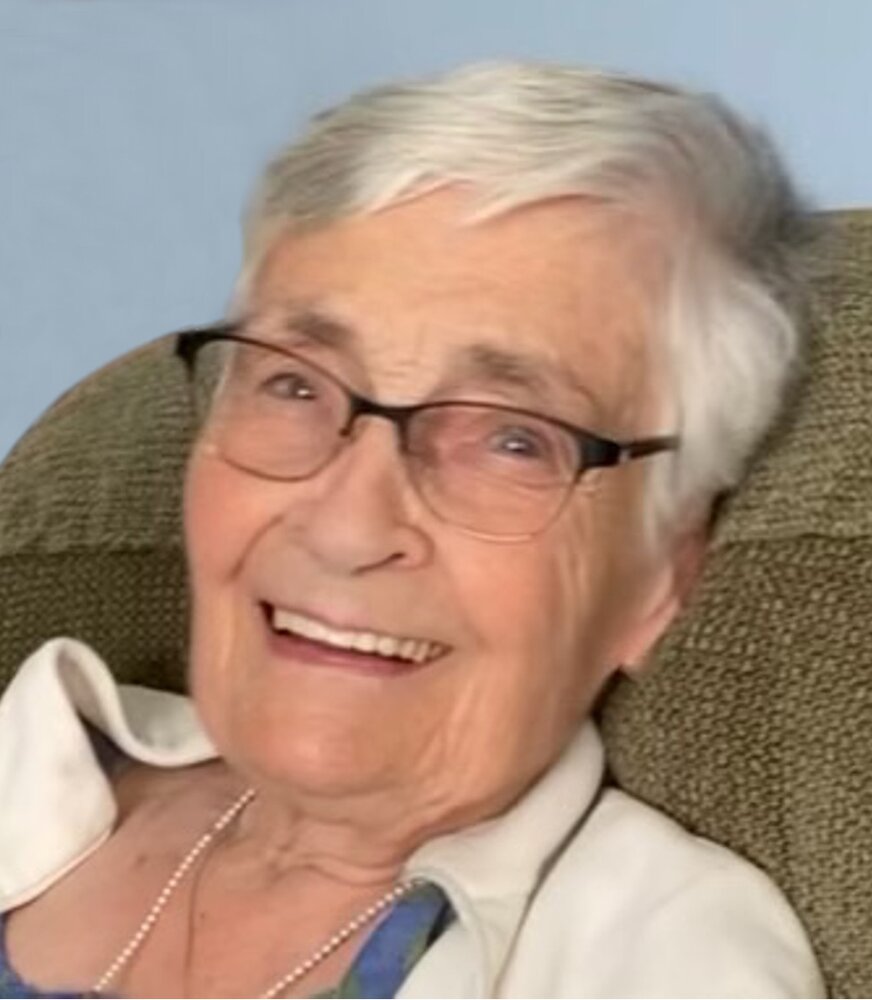 Please share a memory of Lorette to include in a keepsake book for family and friends.
View Tribute Book

The family of Lorette Klassen (nee Pelletier) announce the gates to heaven opened and she was welcomed on October 15, 2022, at the age of 92. She was predeceased by her parents Bernadette and Alphee Pelletier, brothers Raymond and Wilfred Pelletier, sister Therese Lanovaz, son Joseph in infancy, and in 2021 son Tom.

Lorette was born in St. Louis SK., raised near Duck Lake and graduated from Saint Paul’s Hospital School of Nursing. She married Elmer Klassen in 1952 and they raised a family of 10 children.

Always a compassionate person, she was a palliative care volunteer for more than 30 years at Saint Paul’s Hospital and local nursing homes where she sat with the dying almost exclusively at night. She didn’t want anyone to have to die alone. She also had a soft spot in her heart for senior citizens and did volunteer work with many. Mom was a devout Catholic and lay minister, attending Mass daily whenever possible. She would walk 45 minutes to and from church regardless of the weather. Her interests were varied and eclectic from painting and puzzles to watching bull riding and figure skating. She snorkelled off the coast of Bonaire, cruised the Caribbean, attended flamenco dancing in Spain and toured the Holy Land. She loved spending time at the lake, particularly Waskesiu, Emma and Candle. She played ping-pong and recreational volleyball into her 70s.

She was a strong force in taking care of her family and managing the household, particularly after Dad had a stroke. Sunday supper at the folks' was a tradition for decades. She lived a wonderful life until the last year which was marked by loss: that of her son Tom, her religious community and friends at Columbian Manor, her health, independence, and mobility as well as her ability to be of service to others.

The family wishes to thank Drs. Allison Adamus and Amanda Walker as well as the staff at Diamond House in Warman for their kind care over the last year.

Flowers are gratefully declined. It would honour Mom if you could show kindness to a senior citizen in your life today.

A livestream link of the Memorial Mass is on the left side of this page.

Interment of her ashes to follow at Blessed Sacrament Cemetery.

Share Your Memory of
Lorette
Upload Your Memory View All Memories
Be the first to upload a memory!
Share A Memory