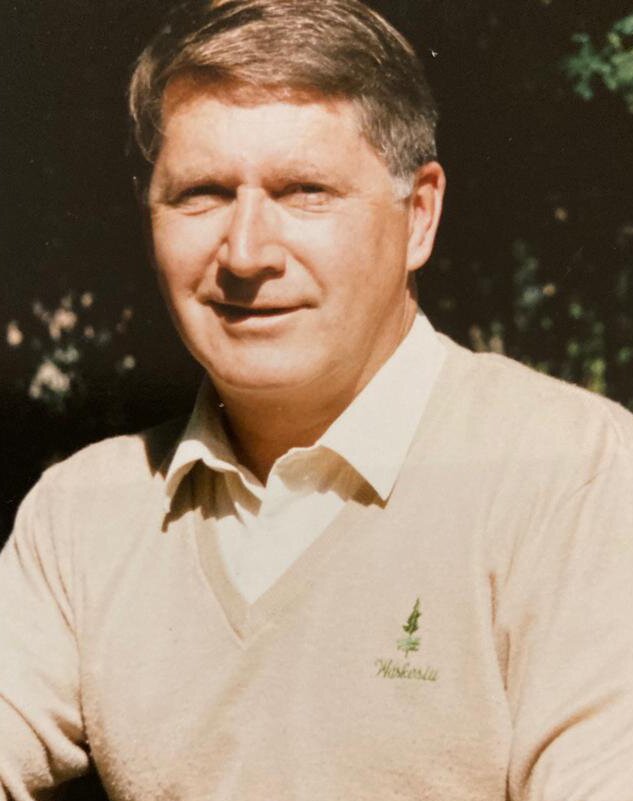 Please share a memory of Gordon to include in a keepsake book for family and friends.
View Tribute Book

Beattie will be greatly missed by his wife, Louise, his four daughters and his seven grandchildren.  His family remembers him as a good man. He was kind and generous; extremely loyal to family and friends.  His curiosity led him to pursue a variety of interests.

His life was well lived and never static.

His story weaves a deep love of the natural world, his interest in the stories and lives of others, and his love of his canine companions.

Beattie had a brilliant career in radio and television.  He covered numerous sporting events, and as a CBC employee, travelled all over the world covering the Olympics, the Commonwealth Games and numerous world championships.

He was a good athlete who played football with the Regina Rams, helped form the Saskatchewan Waterski Association, played hockey, baseball, golf and tennis. Beattie was an avid reader and had a strong interest and love of music.

His athletic background provided his initial focus for his radio and television career.  However, human interest stories took his career towards an increase in interviews and coverage with a focus on Saskatchewan people.

When Beattie was offered promotions to work with CBC in Toronto and Halifax, he turned the offers down, saying that Saskatchewan would always be his home.

This loyalty to Saskatchewan and his interest to hear the stories of others, led to a decision to leave CBC and run as a MLA.  When asked why – his response was that he wanted to give back to a province that provided him with so much.

Beattie’s curiosity led to numerous adventures, and he developed friendships with people from around the world.

He lived life with an open heart.

During his remaining days in the Rosthern Hospital, he enjoyed numerous visits from close friends and family.

Beattie was grateful for the kindness, professionalism, and thoughtful nature of the hospital and staff.  His family wants to express their gratitude to all the staff.  Their compassion and care was a great comfort.

Beattie also wanted his friends at Emma Lake to know that they made his final years restful, enjoyable, and fun.  He will miss the Saskatchewan that he so loved.

At Beattie’s request, there will be a small private family service held in the new year.

Share Your Memory of
Gordon
Upload Your Memory View All Memories
Be the first to upload a memory!
Share A Memory