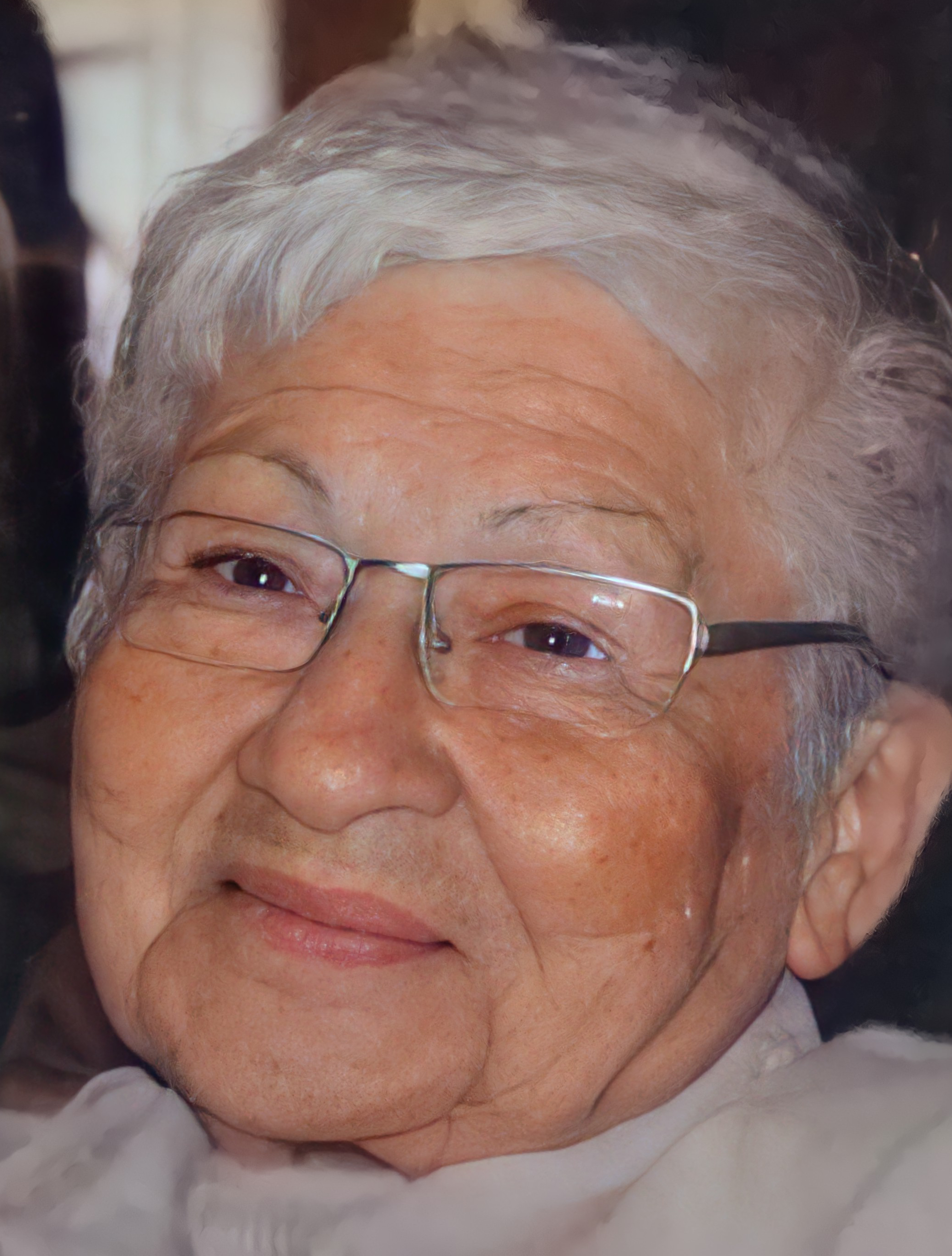 Please share a memory of Alice to include in a keepsake book for family and friends.
View Tribute Book

Alice was born in Duck Lake, SK. to Alfred and Adeline (nee Laframboise) Petit on October 19, 1925. She grew up and attended school in Duck Lake along with her six siblings. When World War II broke out, her father and older brothers all enlisted in the service. Alice was still too young to enlist in the service, but very shortly after her 18th birthday on November 4, 1943, Alice did enlist and was stationed in Calgary, Alta. She served in the army for the next two years and on November 7, 1945, she was discharged with the rank of Corporal. Mom had some great memories of being in the army and always said she missed the friendships and good times while serving.

Mom and Dad were married on July 11, 1946 and made their home in Duck Lake. They raised six children together, residing in Duck Lake, Saskatoon, and Prince Albert. After Dad’s death in 1985, out of necessity, Mom had to learn to drive at the age of 60. It wasn’t long before she was zipping around town shopping and visiting family. Shortly thereafter, Mom returned to Duck Lake, where she resided on her own, in her late mother’s house until the age of 89, at which time she moved into the Goodwill Manor.

Mom loved to read and paint. She spent many hours upstairs in her house teaching herself how to paint. She busied herself with all her many grandchildren, whom she loved dearly. You never left her house without her not having asked you to eat something or just have a cup of tea, which was always at the ready. She was a wonderful cook and made the most delicious apple pie.

Mom was a devout Catholic and attended church regularly and volunteered when she was able. Her faith was her salvation, comfort, and strength throughout all her life. Our family was so fortunate to have had you in our lives for so long. May you finally rest in peace, we will miss you more than words can ever say.

Private family interment at the Blessed Sacrament Catholic Cemetery will be held at a later date.

To send flowers to the family or plant a tree in memory of Alice Samuel, please visit Tribute Store
Online Memory & Photo Sharing Event
Online Event
About this Event

Look inside to read what others have shared
Family and friends are coming together online to create a special keepsake. Every memory left on the online obituary will be automatically included in this book.
View Tribute Book
Services for Alice Samuel
There are no events scheduled. You can still show your support by sending flowers directly to the family, or planting a memorial tree in memory of Alice Samuel.
Visit the Tribute Store
Share Your Memory of
Alice
Upload Your Memory View All Memories
Be the first to upload a memory!
Share A Memory
Send Flowers