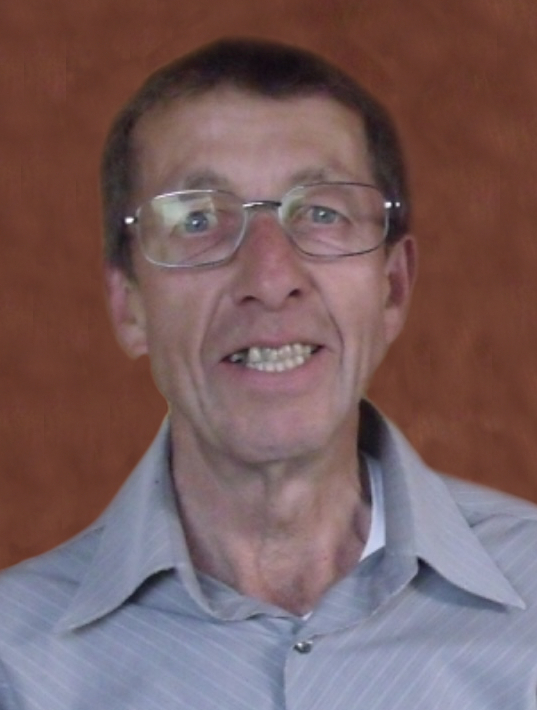 Bruce Howard Rainbow was born on November 21, 1945, in Saskatoon, Saskatchewan.  He was the first born of Dorothy Eleanor Violet and John (Jack) Howard Rainbow. They welcomed their second child, Bruce’s little sister, Betty, two years later.  As a family, they lived in Dalmeny and then moved to a farm just outside of Sonningdale in 1949.  They worked incredibly hard and ran a mixed farm.  The farm included milk cows, chickens, turkeys, geese, ducks, and over the years a few feeder pigs.  They milked around 10 to 12 cows a day by hand and shipped cream.   They were able to sell eggs and butcher birds at the store in town.  They also grew two large gardens, many hours of perfecting the art of weeding were spent within these gardens.

Bruce and Betty spent their first three years of schooling attending Stoney Crest School. Attendance there was difficult due to having to travel by horse. They then attended Wilson Lake Country School. They were able to be bussed to the school which made day to day life a little less difficult.  They then attended Spartan School within Sonningdale.  When Bruce was around 14, he left school and began working as a hired hand for local farmers.

In 1972, Jack and Dorothy moved to Rosthern, and Bruce began working for John Deere hauling equipment.  He travelled all around Saskatchewan and down into the northern States.  During these years he enjoyed hunting white-tailed deer and snowmobiling. During these bachelor years, he spent time driving his Aunt Muriel and Uncle Andrew on their summer vacations, touring the province of British Columbia, and a few of the States.  He really enjoyed this time with his aunt and uncle, and fondly reminisced of these family adventures.

In 1980, he met Susan Kalbfleisch and they were married in 1981.  They began their family with the addition of their first daughter Heather and Crystal followed in 1983.  The following year he was in an accident at work, which eventually led to two hip replacements.  The family resided in Rosthern until they moved out of town to an acreage in 1996.  Bruce thoroughly enjoyed being on the acreage as it was close enough to go for mail every day and to continue to help his mom with groceries and appointments.   He worked for John Deere until 1999, when he could no longer drive truck due to pain following his first hip replacement.

He began working for the RM of Rosthern at the Transfer Station in 2001. This gave him the chance to visit with many of the locals, and folks he knew from his years at John Deere. He fully retired in 2014 from the RM.  Retirement wasn’t easy for him as his COPD, or as he called it his CPOD, progressed.  He would appreciate it being mentioned today, that if you are still smoking, please try to quit.

Bruce was survived by his:

may be made in Bruce's memory to:

To send flowers to the family or plant a tree in memory of Bruce Rainbow, please visit Tribute Store
Wednesday
29
June

Share Your Memory of
Bruce
Upload Your Memory View All Memories
Be the first to upload a memory!
Share A Memory
Send Flowers