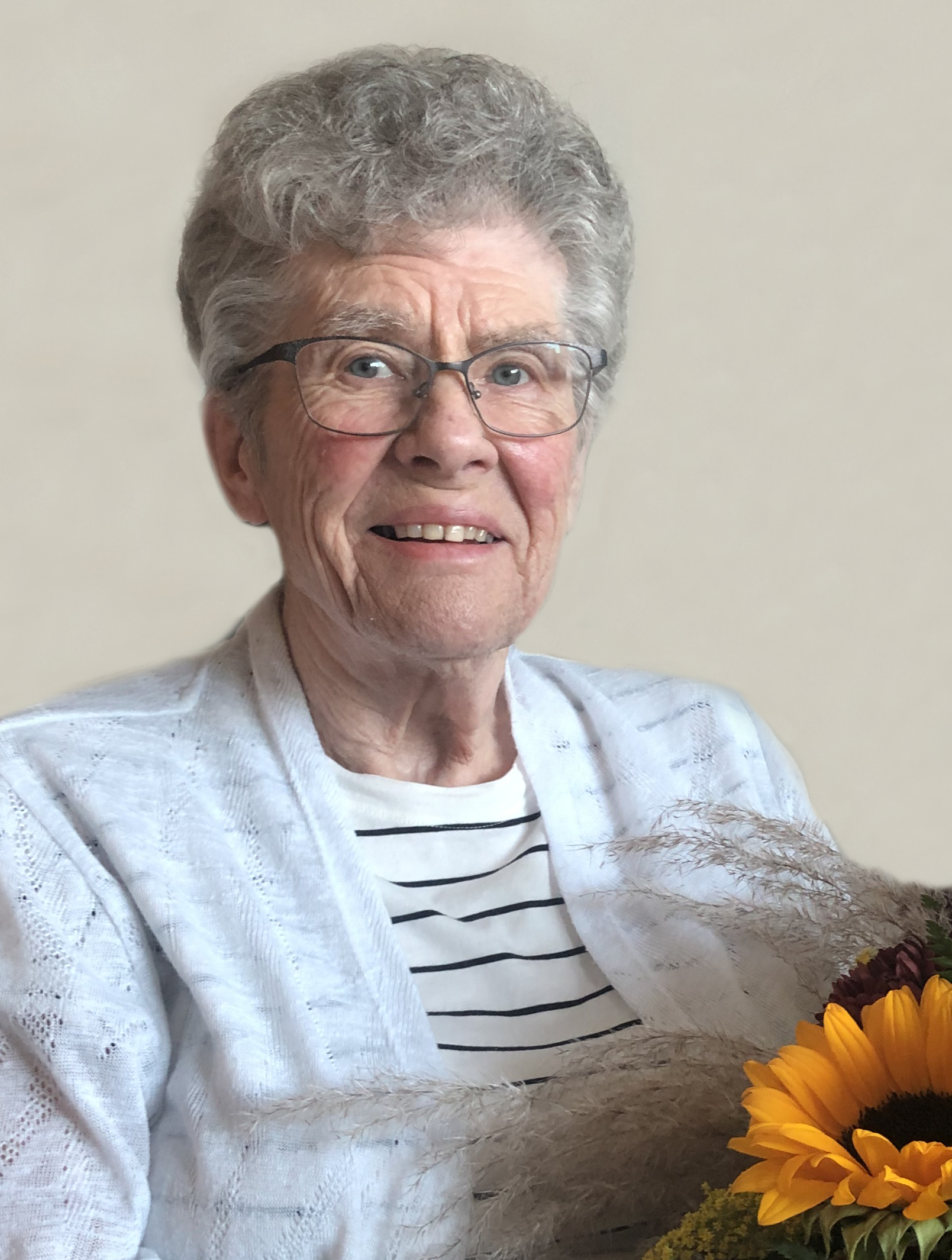 Joan passed away peacefully, surrounded by love, on May 26, 2022 in Abbotsford, BC.

Mom was adopted as an infant and raised by Stan and Alvina McKee, spending her childhood in Calgary, Edmonton, and Saskatoon. She graduated from City Park Collegiate in Saskatoon in 1955 and spent many summers at Waskesiu with her family.

Mom met the love of her life, Vern Lobe, in the summer of 1957 at Waskesiu, Saskatchewan. Following her graduation from St. Paul’s Hospital School of Nursing in 1958, Vern and Joan were married at Knox United Church in Saskatoon, on May 22, 1959. They lived in Saskatoon, on the farm near Martensville, in Penhold, Alberta, and on the farm at Rosthern Saskatchewan, after which they moved to Chilliwack, BC. In each place, the Church was especially important to them. They attended Nutana Park Mennonite, Osler Mennonite, Red Deer Alliance, Rosthern Mennonite, and finally Eden Mennonite Church.

Mom is survived by her husband of 63 years, Vern Lobe, by her children Karen (Vern) Epp, Cliff, Murray, and Mike (Tina); by her beloved grandchildren Brett (Desiree) Epp, Tori (Jody) Minakakis, Tanya (Jared) Fontaine, and Sydney Lobe; as well as by her dear great-grandchildren Olivia, Quinn, Parker, Hazyl, Reese, Lexee, Lennyn. Mom is also survived by her brother Clinton (Jean) McKee, by her sister-in-law Gloria, by Vern’s siblings; Donna (Irvin) Driedger, Gene Lobe, Albert C. (Martha) Lobe, and Gordon (Patricia) Lobe. She is dearly loved and missed by Brenda Lobe and by her many nieces and nephews. Mom was pre-deceased by her brothers Cecil Cunningham and Garnet McKee and by her sister-in-law Elizabeth Lobe.

Her life was celebrated on June 2, 2022, at Eden Mennonite Church in Chilliwack, British Columbia.

Share Your Memory of
Joan
Upload Your Memory View All Memories
Be the first to upload a memory!
Share A Memory