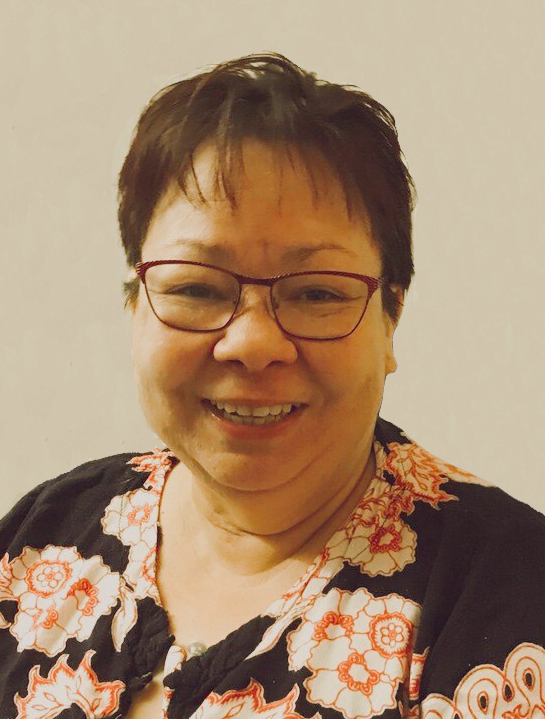 Monica was born October 28, 1967 in the Phillipines.  She was adopted November 2, 1967 by Armando & Candelaria Dizon.  She lived in Quezon City till the death of her father. Then she immigrated to Canada with her mother to join her siblings, who had immigrated earlier.

Monica finished her schooling in Edmonton and worked various jobs.  Her favorite being at the Arby’s near the Edmonton Coliseum, where many of the Oilers team would come to eat after games, she said they were great tippers. In January 1988, Monica moved to Lake Louise to work during the 88 Olympics, this is where I was lucky enough to meet Monica and even luckier when she chose me to be her boyfriend. In May 1988, Monica moved to Saskatchewan with me, Darrell Epp. Monica and I were married on August 12, 1989.  We lived in Saskatoon, where Monica worked various retail and restaurant jobs.  On February 9, 1992, we had our first child, Kassandra and in June of that year we moved to Waldheim, SK.  On June 11, 1997, our second child, David, was born.  Monica spent her time in Waldheim raising their children and working in care homes. She was on different community committees and boards.  She spent a lot of time at our site at Martins Lake Regional Park, her favorite place, with our family.  In November 2018, Monica was diagnosed with ALS (Lou Gehrig’s Disease), 3 ½ years later Monica succumbed to the disease that she faced with courage and dignity.

She will always be loved and missed by many.

Memorial Donations can be made in Monica’s name to the

at a later date.

Share Your Memory of
Monica
Upload Your Memory View All Memories
Be the first to upload a memory!
Share A Memory