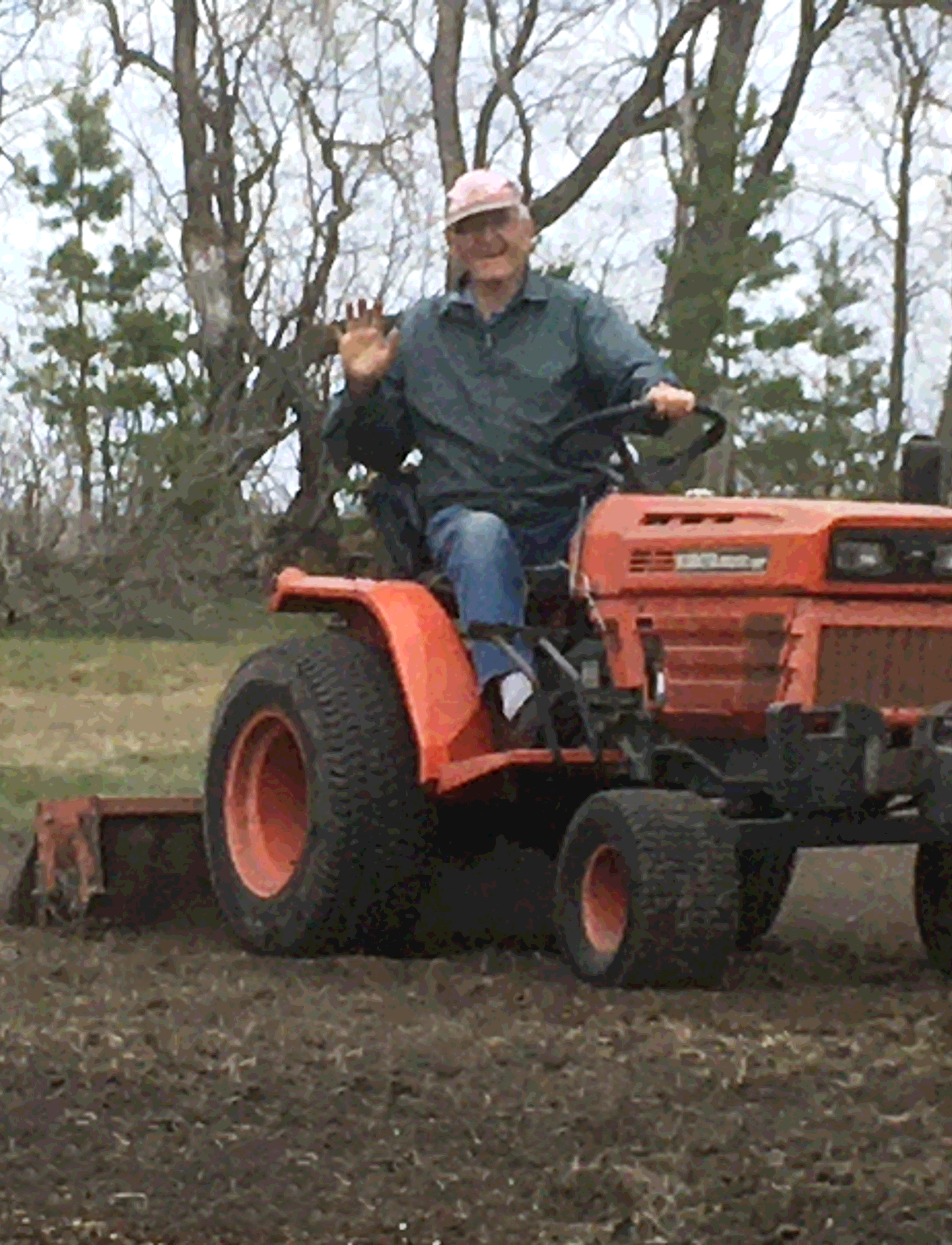 William (Bill) Bueckert was born on June 13, 1938, to Wilhelm and Katherina (Goertzen) Bueckert on a farm near Osler, Sk. He was the 4th of 13 children.  His childhood years were not easy ones, but he still spoke of some fond memories: playing ball with his brothers, learning to swim in a dugout, and passing the time with games like crokinole.

When he was about 14 years old, it was necessary for Dad to go to work for another farmer.  He was blessed to work for several godly families, where he was introduced to life in Christ, and decided to make their faith his own. He always felt very indebted to these families who made such a lifechanging impact on him. He was baptized August 21, 1960 in the South Saskatchewan River, east of Warman, by pastor Frank Froese.

Bill met Helen Epp the 1st time on Halloween, 1961 at the Rosthern Youth Farm. They would often double-date with Bill's sister, Betty, and Helen's brother, Henry, Eventually both guys both popped the question at the beginning of July, 1962.  Bill and Helen were married April 21, 1963. He worked for Henry Speiser, near Laird, for a short time.  Then they moved to Cater, and tried their hand at farming there a few years.  It was during this time that they were blessed by the birth of Elsie, and a few years later, Samuel.  They moved back to Laird, where Verna joined the family.  A year later, Ken joined the family, just days after they made the move to an acreage near Rosthern.  These were busy years: Dad would work at Rosthern Tire 6 days a week, and come home to do chores and yardwork.  With the birth of Harvey in 1972, their family was complete.

In 1974, they made one last move, this time to Waldheim. Dad began working at Rad Sales in Saskatoon, and continued there till 1988. In May of that year, he made the switch to working at the Menno Home as their caretaker, until he retired in 2003.

Dad and Mom worked hard to support their family. They always did the best they could with what they had. Dad was a man of integrity, and taught us best by the way he lived his life.  We never needed to question whether we were loved: it was lived and spoken consistently!  He was always available to help with fixing, yardwork, moving, or just listening and sharing in our lives.  He took great joy in spending time with his kids, grandkids, and great-grandkids. When asked, Dad said "his grandkids were all equally special, but the 1st was the most memorable."

During all his years, Dad never lost his love of farming. He always enjoyed going to “the farm”, helping Mom’s brothers with seeding, harvest, picking up and delivering chicks in the spring, and butchering days. He was so grateful that Helen’s family remained his family, even after she was gone.

As they entered their empty-nesting years, Dad and Mom began to enjoy some traveling together. They did several bus tours: enjoying trips to the Maritimes, San Francisco, California, and Washington.  Especially memorable family times were their "everybody Christmas gift" of a hotel stay and waterslides, or a weekend stay as the whole family at Shekinah or Redberry.

Even in retirement, Bill loved keeping busy.  He loved being outside - gardening, mowing, shoveling snow, and quadding. (He even splurged and bought himself a quad for his 80th birthday.)

Dad never felt quite complete after Mom passed away 13 1/2 years ago.  He would often tell us that he still missed mom every day.  He no longer needs to miss her.  On April 11th, after a very brief illness, Dad fell asleep here, and woke up in glory. It gives us a great deal of comfort to know that this is not "goodbye", but "till we meet again".

Those waiting to welcome him to his new home in glory are his wife of 44 years, Helen, his parents, Wilhelm and Katherina Bueckert, siblings, Harry, Tina, David, Henry, George, Frank and Ben, and son-in-law Ron Quiring.

The Funeral Service will be held Monday, April 18, 2022 at 2:00 P.M. at Waldheim Mennonite Brethren Church. Livestream of the service will be available at www.wmbc.ca. Interment to follow in Waldheim Cemetery.

Memorial Donations can be made in William’s name to Redberry Bible Camp, Box 25128 River Heights, Saskatoon, SK S7K 8B7.

To send flowers to the family or plant a tree in memory of William Bueckert, please visit Tribute Store
Monday
18
April