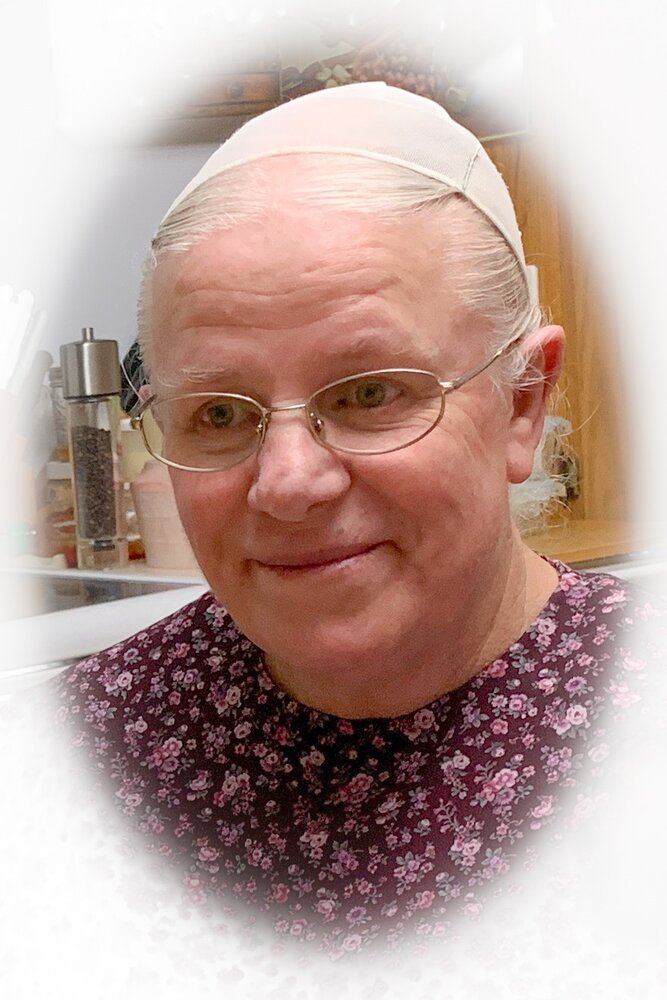 Maria (Harder) Schmitt of Warman, SK passed away peacefully at the Royal University Hospital in Saskatoon on March 21, 2022

She is lovingly remembered by her husband of 48 years, Abram Schmitt. She was the beloved mother of Aganetha Klassen (Johan) of Campeche, Mexico, the late Peter Schmitt, Abe Schmitt (Joanne) of Osler, SK, John Schmitt (Rhonda) of Tilley, AB, Henry Schmitt (Lisa) of Straffordville, ON, and Jake Schmitt (Kendra) of Arden, MB. Loving grandma of nine granddaughters and thirteen grandsons, and great-grandma of four.

She was born in Durango Mexico on January 27, 1952, to the late Peter and Anna (Martens) Harder. She lost her mom when she was six years old. Her dad then married Katherina (Wall) Harder.

She grew up in Durango where she was baptized, upon the confession of her faith, in the Old Colony Mennonite Church. She was married to Abram on July 29, 1973. God blessed them with one daughter and five sons whom she loved dearly and prayed for often. They moved several times over the years and in 1995 they settled in Saskatchewan. On August 1, 1999 she was taken into the fellowship of the Plains Conservative Mennonite Church.

She liked growing things and often had a large garden. She also enjoyed handcrafting cards to send out to her children, grandchildren, and others.

God granted her request to be able to care for Peter until his passing in the Summer of 2019. This she did lovingly.

In January she reached the milestone of 70 years and on February 25 she fell at the bottom of the steps in the entrance of the church.  Because she had both knees replaced, she would always descend stairs backwards. This time she thought she was on the floor when there was one step left. When she stepped back she stumbled and fell backward, sustaining a severe head injury. She developed pneumonia after a two week stay in the hospital. A week later Jesus called her home.

Her life stands as a legacy of forgiveness, love, and kindness.

The family appreciates the prayers, visits and kindness shared

during the time of her illness and passing.

A TIME OF VIEWING

Share Your Memory of
Maria
Upload Your Memory View All Memories
Be the first to upload a memory!
Share A Memory