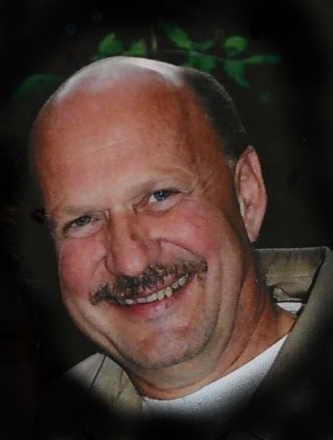 It is with sadness that we inform you of the passing of our Dad, Laurel Wiebe on February 20, 2022.   Laurel was born on August 21, 1950, to Irvin & Louise Wiebe and was the second youngest of 7 children. Grandpa was a huge rodeo fan, so he named Dad after a rodeo cowboy Laurel Ives.  When dad was young, his sister Fern took really good care of him. When he was a teenager, Frank Neudorf and Dad moved in together and became best friends.

In 1981 Dad got married to our mom Helen.  In 1982, his first daughter Alison was born, he was proud to be a dad.  Then in 1984 he was proud to have another daughter Aimee, now he had a dark-haired beauty and a blond-haired beauty.  Then in 1987 he became a proud Dad to his only son, Aaron.  As a family, we went on many camping trips and trips to the mountains.  Always an adventure wherever we went. Dad loved exploring, he would always wander off and find new things to show us.  Our family also went on many touring adventures as a family.  Many back roads were found, and many wiener roasts were had.

Dad loved to work with his hands, whether it was working as a mechanic, gardening, puzzling, building with Lego or just tinkering.   Dad realized that he needed Christ in his life and became a Christian and was baptized in 1998. Dad loved the Lord and he loved serving the Lord in any way he could.  Whether he was a deacon, sound man, or participating in various Bible studies.  He also loved music, especially southern gospel quartets, BUT not bagpipes!

Then in September of 2005, he had an aneurysm in his back, which resulted in his paraplegia.   Dad had a premonition about all of this, he had a dream, and, in this dream, he remembers God asking him a question, he doesn’t remember what the question was, but he remembers answering him “Yes Lord, as long as I can use my arms.”  And that is exactly what happened.  He remained so positive throughout this whole ordeal and his faith and trust in God never wavered because he realized God’s message to him was to slow down and work on his faith and his family and this humbled him.

In 2009, he became a proud grandpa to his first grandchild which ended up being his only grandson.  From then to 2016 he was blessed with 7 more grandchildren, all of them being girls.  The grand kids were always welcome to come over, but us kids had to make an appointment.  He always had jellybeans, and they all knew the price of them was a hug.   No matter his health issues, or the pain he was in, he always said yes to having grandkids around.  His grandkids were his greatest pride and joy.

During the following years he had so many health issues and so many surgeries.  There were many times when we thought he wouldn’t pull through, but he did, time and time again.  This last week, he struggled so much with his breathing and on Friday February 18th he was admitted to RUH and diagnosed with a pulmonary embolism. Dad has always been ready to go Home, and now in Gods timing he was finally called Home. He passed away surrounded by his family on February 20th shortly after 7:00pm.  He is now walking and dancing free from pain with Jesus his Lord and Saviour.

He was predeceased by his parents, Irvin & Louise;  brother Bruce;and numerous other family members.

Dad will be greatly missed by everyone who had the honor of knowing him.

In lieu of flowers, memorial donations may be made to the Hague Gospel Church, Box 30, Hague, SK S0K 1X0

To send flowers to the family or plant a tree in memory of Laurel Wiebe, please visit Tribute Store
Saturday
26
February