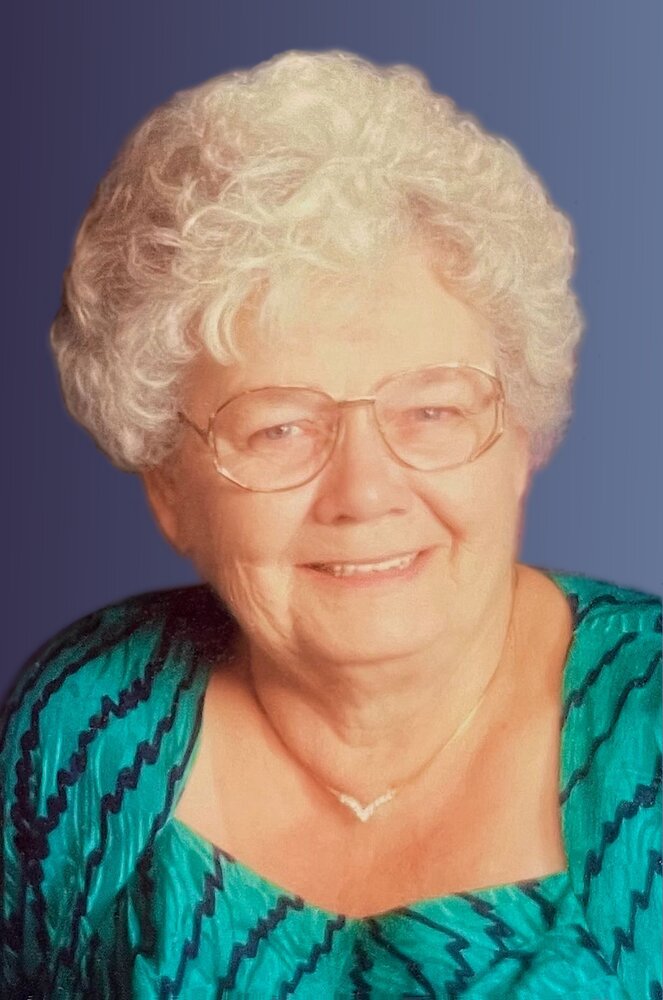 Mary Ann Heide was born in the Great Deer District on November 22, 1927, to George and Anna Letkeman. She was the sixth child of nine, though two died in infancy.  She had two sisters and four brothers, and she was the middle child.

She attended school at the Walter Scott School in their area which she thoroughly enjoyed. She was very sorry when she had to quit school to help out at home when she turned fifteen.

Margaret Heide was a very dear friend during school days and Mary told some hair-raising stories of some of their adventures. She later married Jacob Heide (her friend’s brother) on October 20, 1946. They had three children: Gladys, Donald, and Albert.

Mary kept busy with all the tasks of being a farm homemaker. She milked cows, raised chickens, and grew a large garden each year, then she did the canning and preserving which goes along with that.  She was outside a lot giving Jake a hand with whatever was needed.

She loved to sew and began making her own dresses as a teenager.  She became an accomplished seamstress as she stitched up creations for her family, also for neighbours and friends.  From wedding dresses, grad dresses and skating costumes to putting colorful “V” inserts into the foster boys’ pants to create bell bottoms.

She took up painting with Artex paints on fabric, and later painting scenes on canvas with acrylic paints.

She and Jake fostered for quite a few years, and a number of young people have called them mom and dad, and grandma and grandpa.

With saddened hearts, the family of Mary Ann Heide announce her passing on Saturday, November 27, 2021, at Mennonite Nursing Home, Rosthern SK. She was 94 years old.

Left to cherish her memory is her loving family: Gladys and Dan Glass (Cam and Lori, Conrad and Amy, and Kendra and Phil); Don Heide and Jennifer Peters (Kelly and Karen); Bert and Yvette Heide (Jodi and Scott), 11 great-grandchildren, sister Edna Kessler, numerous nephews and nieces, and foster children. She is preceded in death by her: daughter-in-law Susie Heide in 2010, and husband Jacob Heide in 2014, and foster son Jeff Catagas in 2021.

A public viewing will be held at Mayfair Community Hall prior to the service from 1-2pm.

We ask that everyone in attendance at the hall to please wear a mask.

Immediately after the funeral service a graveside service will take place at Mayfair Bethel Huffungsfelder Cemetery beside her husband Jacob.

To send flowers to the family or plant a tree in memory of Mary Ann Heide, please visit Tribute Store
Saturday
4
December

A public viewing will be held at Mayfair Community Hall prior to the service from 1-2pm. We ask that everyone in attendance at the hall to please wear a mask.