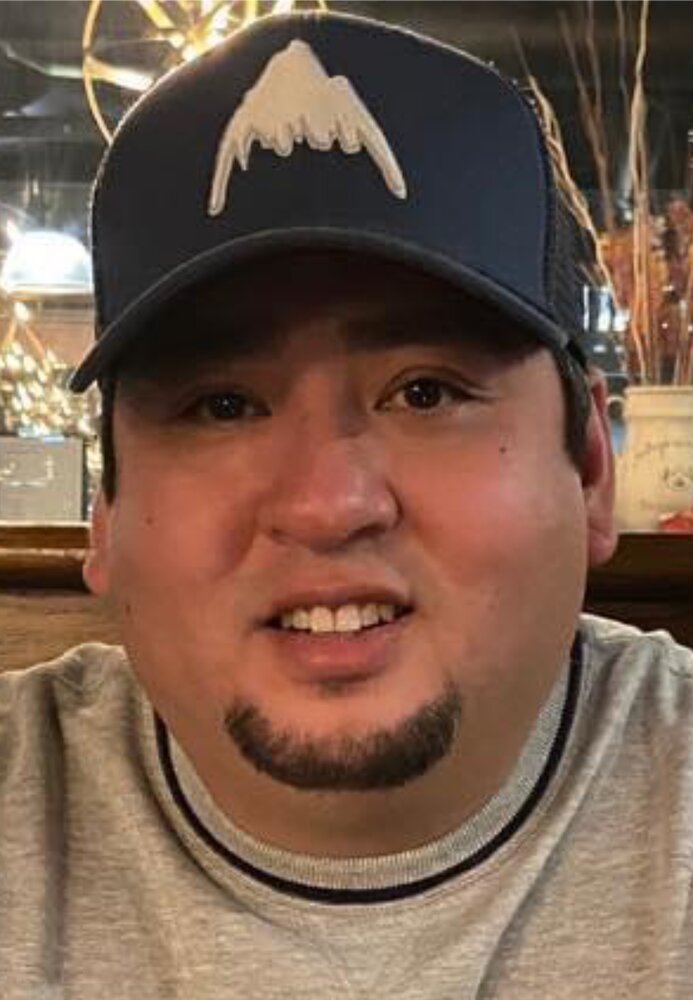 Please share a memory of Tyson to include in a keepsake book for family and friends.
View Tribute Book

It is with heavy hearts that we announce the passing of Tyson Ivan Adrian Moosewaypayo on December 26, 2022, at the age of 38 in his hometown of Saskatoon, SK. Tyson was born on May 11, 1984, in Saskatoon. Tyson had a larger-than-life personality; he was extremely outgoing. He could not go too far without running into someone he knew, or to make a new friend. On June 3, 2017, he married one of his best friends who he had met at work, they immediately had a connection. Together the two shared fifteen years together. They raised two handsome little boys Austin & Eli. He worked for the City of Saskatoon in the sign shop & roadways division for the last eight years up until his passing.

Tyson is survived by his wife Chantel, sons Austin & Eli, and biological son Ezekiel; sister Stacey (Harvey); brother Robert; sister/brother-in-laws Jocelyn (Tennyson), Christine (Terry); and many nieces, nephews, aunts, uncles, and extended family. Special people who helped raise him; Glenn & Charlene Sander, Margaret Claypool, their extended families, and co-workers at the City of Saskatoon and many friends. He was pre-deceased by his mother Donna, grandparents Agnes & James, and his mother/father-in-law Linda & Rene Caron.

A celebration of life will take place for Tyson’s family and friends to share stories and good memories.

In lieu of flowers, donations can be sent to the Canadian Mental Health Association of Saskatoon. https://cmhasaskatoon.ca/donate/

To send flowers to the family or plant a tree in memory of Tyson Moosewaypayo, please visit Tribute Store
Online Memory & Photo Sharing Event
Online Event
About this Event

Look inside to read what others have shared
Family and friends are coming together online to create a special keepsake. Every memory left on the online obituary will be automatically included in this book.
View Tribute Book
Services for Tyson Moosewaypayo
There are no events scheduled. You can still show your support by sending flowers directly to the family, or planting a memorial tree in memory of Tyson Moosewaypayo.
Visit the Tribute Store
Share Your Memory of
Tyson
Upload Your Memory View All Memories
Be the first to upload a memory!
Share A Memory
Send Flowers