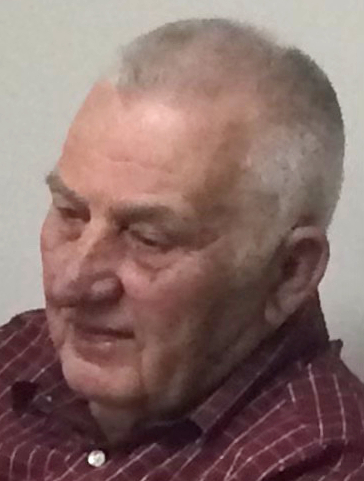 David was born on April 18, 1942 to Abram and Katherina Unruh.  David is predeceased by both parents, Abram and Katherina, and all his siblings, Abe (Eva), Tina (Toby), Frank, John, Henry, Mary (John), Cornelius and Helen.  David is survived by brother-in-law Peter Reddekopp and many nieces and nephews.

David was the youngest son of the family, being child #8 of nine kids.  Born at the family farm near Blumenthal, he was baptized in 1962 by Herman Friesen in the Old Colony Church.  He attended the small Venice school until he completed grade 8.

David purchased some land with a small farmyard in the Hague/Blumenthal area as he had a passion for farming, where he lived until the passing of his mom.  He then made the decision to move in with his dad Abram, to help care for him until his passing in December of 1987.  Uncle Dave was Grampa’s right-hand man for numerous years, a task that he dutifully executed.

In his youthful days David tried his hand at other jobs, he was employed in Saskatoon for short stints; as a construction worker for the Gardiner Dam; he worked winters at Friesen’s Furniture in Rosthern while farming; and for a while at FNF Movers.  After his farming career, he helped B&M Building Movers, working for his nephew Bob Fehr, for numerous years.

David moved into the Town of Hague in his retirement, where he resided til his passing on March 14, 2022.  David thoroughly enjoyed his coffee row friends and rarely missed this daily activity.  He would also make regular trips to Saskatoon, enjoying auction sales, and random stops at PBR, dropping off excess purchases with family members.

Reaching out to our siblings and cousins, we all have memories we can share of Uncle Dave.  He was very sociable, engaging and liked to laugh…enjoying the lighter side of life!  One of my fond memories was his infectious little burst of laughter when something tickled his funny bone! He definitely had a great sense of humor!

Others mentioned an early talent he shared that as a teenager he had tamed a crow to sit on his arm and had even taught it to say a few words – now whether that is believable may be questionable, but a jokester at heart – he may be the only family member that confessed to having two birthdays in the same year, March and April 18th…even his various forms of ID confirm his teasing ways!

Uncle Dave was a caring person, his selfless actions taking care of Grampa for years showed his ability to put others needs ahead of his own.  My siblings and I also saw this compassionate side as he made several visits to our mother through her illness, brightening her last days.

As his remaining family, his nieces and nephews, Uncle Dave’s passing is presenting us with this opportunity to reflect back on precious memories of our own parents and cherished family times together.  May thoughts of our Uncle warm our hearts and bring a smile to our face!

Funeral Service will be held on Tuesday, March 22, 2022, at 2:00 P.M. at the Old Colony Mennonite Church, Neuanlage. Interment will take place at 12:00 P.M., prior to the funeral service, at the Blumenthal Cemetery.